You are here:
December 27, 20142 CommentsBlogBy bullhorn

In outlaw country music, where what you’ve done and how you lived goes a long way into putting legitimacy behind the songs you sing, David’s story is arguably filled with more street cred than any other major performer in the history of the genre. Institutionalized from the age of 9 in reform schools, David committed crimes such as robbery and grand theft auto in early adulthood and ended up in and out of jail and prison for 20 years. David met with former and future famous individuals in prison. Other rowdy incidents happened while in prison, including killing a man in self-defense. David spent time on death row while serving time in Ohio. David met fellow Ohio native Screaming Jay Hawkins, who encouraged David to pursue songwriting. David’s rough childhood would go on to lay the foundation for his next songs that would help shape the sound of outlaw country music forever. When David finally got out of prison in 1967, he stayed out and put together one of the most legendary, curious, and lively country music careers the outlaw movement has ever seen. 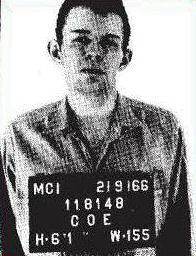