Family Album is an album released by country musician David Allan Coe. It was released in 1978 on Columbia. 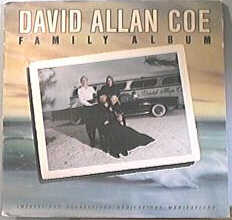 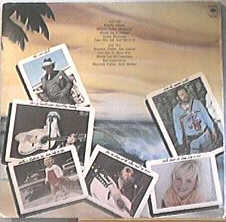 Dear Family and Friends, My life and my music change like the seasons. I hope you never expect me to stand still either musically or personally. My life has taken on new dimensions with each passing day. I continue to grow both as a person and as an artist. The past year has been a full and rewarding one for me; I’ve written a book about my life (which is being published by Easy Rider magazine) and titled Just for the Record. With it’s completion, I’ve begun to work on another book as an aid to men in prison, which deals with the problems of parole. I also co-starred in a movie, the title of which will be either Seabo or Buckstone County Prison Farm, and is due to be released sometime in the spring of 1978. In addition, I wrote “Take this job and shove it,” a big hit for Johnny Paycheck, which has been included on this album. Currently, I am working with a new band featuring Wendell Atkins. Wendell and the band work out of Dallas, Texas, when they’re not out on the road with me. My personal life is happy and contented, and, as most of you know, I’m now living in the Florida Keys with my family. Letters or other inquiries you want me to receive should be sent to me in care of Dream Enterprises, Route 1, Box 610B, Big Pine Key, Florida, 33043. So, as you can see, although the “Mysterious Rhinestone Cowboy” may be dead, David Allan Coe is very much alive. I hope this album shows you a few more sides to me and helps you to get to know me a little better. As a magician, I’ve become one of the greatest close-up performers in the world and will soon have a magic surprise for all my fans as part of our new road show. Love, David Allan Coe The High Priest of Country Music