The First Country Artist to Have All Girl Backup Band 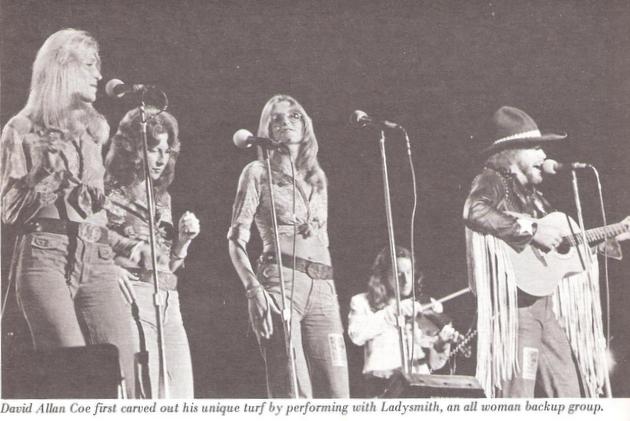 The First Country Artist to Have All Girl Backup Band

“Not only was it an all girl band, but they were from New Jersey,” David once said in an interview. “Seven years later Porter Wagner had his TV show, and had an all girl band, and that was a big deal. Porter was famous, so he got the credit for being the first to use an all girl Country band. Nobody paid attention when I did it. I wasn’t famous, and it didn’t matter to me.”

David Allan Coe once had as many as seven wives, as an active member of the Mormon Church he practiced polygamy. Guess DAC loved being around the ladies.