The Johnny Rebel CDs Are Not DAC

You are here:
February 17, 20152 CommentsBlogBy bullhorn 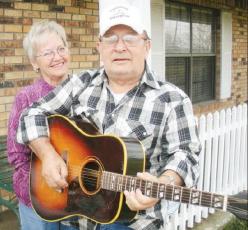 David Allan Coe is not Johnny Rebel. Never was and never will be!

So how did the rumors start? Well, lets go to the beginning.

In 1978, David Allan Coe released the Nothing Sacred record. This record included a song titled “Lay me down some rails” This song lyrics included the N-word and references to the KKK

It was the start of what now is the Johnny Rebel rumors. 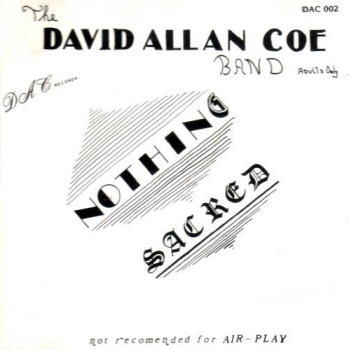 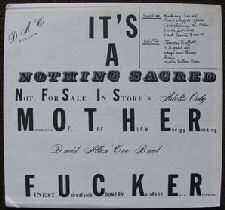 In 1982, David Allan Coe released another record for adults only called Underground.

Over the years, much controversy has followed David regarding this recording. He was labeled a racist because of the lyrics of such songs as “Nigger Fucker”.

This song at the time was considered the most suggestive song of country music. 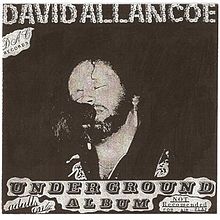 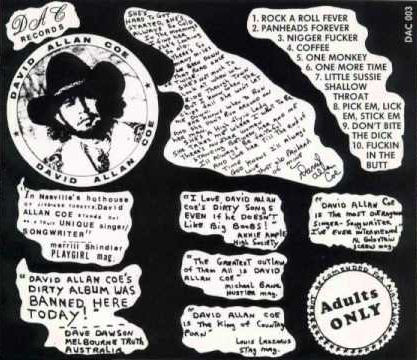 David Allan Coe sold over 200,000 of the adult records while living in Key West FL.

These records were available only through mail order and advertised on the pages of Easyriders. David also sold the music at his live shows and through the fan club. 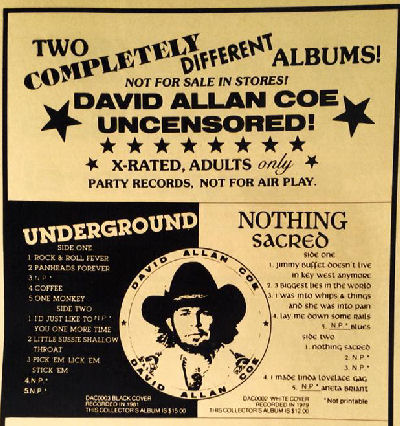 Move ahead to 1999. A very popular file sharing website called Napster appeared where users could share music files. Users could name these files and share them with the public. Because David Allan Coe is a famous singer/songwriter that has become know as having two adult records, and a few songs that contain the N-word, David was giving credit for the other songs on Napster that contained the N-word or contained adult humor.

Suddenly the file sharing service was full of Johnny Rebel songs that have been credited to David Allan Coe.

The Johnny Rebel songs became very popular on Napster, so much that The Howard Stern Show started playing them on the air and giving David Allan Coe credit for the music. Later it was cleared up when David called into the Stern show, and explained that he was not Johnny Rebel.

So who is Johnny Rebel then?

When asked in 2003 if he knew who Johnny Rebel is in an interview for Review, David said..My girlfriend Kimberly has that information. What I’m going to do is write the guy a letter and say, “Hey, if you really feel this way, why don’t you contact these people and tell them you don’t like black people, and that you are Johnny Rebel, and that David Allan Coe is not Johnny Rebel and takes the credit for the things that you do instead of letting me take the heat for it.”

David gave Tom Netherland an interview in November 2000, Where he talks about being labeled a racist and explains his side of the story.

David said.. “Rap musicians say the “N” word all the time, yet face little to no retribution. Their lyrics, go much, much further than his for a pair of albums that were never meant for widespread consumer availability in the first place.”

The answer is simple. At the time during the Howard Stern show we got many emails every day from people asking how they could get the Johnny Rebel CDs. So to avoid sending the same reply over and over, we just added a link to the CDs on the website. 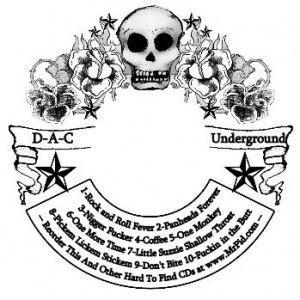 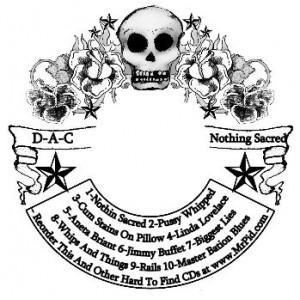 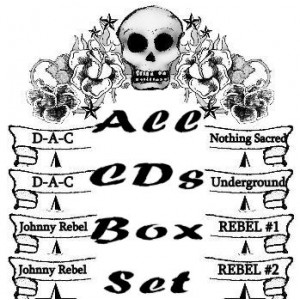 Comment below your thoughts on this subject.
Did you think of DAC as a racist or just a humorist songwriter?
Do you enjoy the Johnny Rebel music or not?