Longhaired Redneck was released in 1976 on Columbia. 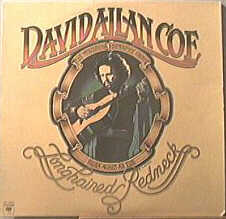 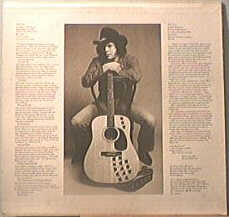 …and so we came to Nashville, like so many before us. With notebooks full of songs, written on some secluded corner on a napkin or in an alley on a paper bag. But we were different! Not only were our songs about drugs and prostitution, murder and rape, but our appearance was not up to Nashville standards. We had long hair and beards, some wore earrings and rode motorcycles. And of the five hundred or more who came that year only a handful remained. And of the handful who remained, only one name has come out of the alleys and honky tonks and found it’s way to Rolling Stone and other national papers. Only one face has appeared on the cover of the New York Times, and other major magazines – mine. The others left – disillusioned. Some like Kristofferson went on to be movie stars. Others succumbed to the drudgery of factory life. But I stayed. And I walked the streets and played in bars until the breaks came. And they called me an “Outlaw.” They said I was an “underground legend.” They called me a “cosmic cowboy.” I called myself “The Mysterious Rhinestone Cowboy.” And the harder I tried to be me, the more they tried to make me something else – someone else. But I had made it through twenty years in prison, and I could hold out for the things I believe in. We still don’t understand each other, but we’re trying. I was permitted to use my band on half of this album, which is a breakthrough for guys like me, who like to deal in realities. But they put up with a lot from me. These conservative people that deal with me every day of my musical life. Only time will tell who is right and wrong. Theories are made to break other theories every day. But I have no illusions as to how hard my future will be now that I’ve had a hit record. Some country stations think I’m a hippie. Most top 40 stations label me a hillbilly. And now the press is calling me a long haired redneck. I am the future for the past is dead Help me live … Play this for a friend

Yours in truth, David Allan Coe